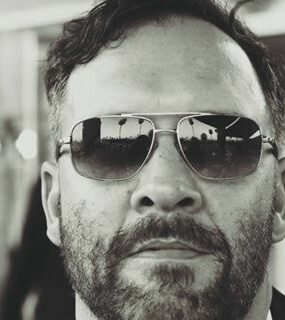 Marcus moved to California in the early 1990’s working at GE Medical Systems (GEMS), Cardiac Imaging while receiving an MBA. Living in Venice, he transitioned to real estate. Purchasing and renovating older, dilapidated homes and bringing them to market became a passion. He acquired a real estate license in 2004. Since then Marcus has sold over $200M in residential real estate with a particular focus on architectural, single family homes. In 2009 he purchased a second home in Palm Springs. For several years it was simply a weekend retreat, however he made the move permanent in 2014 and now resides solely in Palm Springs. He has since sold numerous homes in the area as well as purchased, renovated and sold several of his own projects. Along with his partner Johnie and their amazing pup Sophie, they have made the desert their home!

"My husband and I used Sharon Barron when we decided to downsize and sell our home that we had lived in for 30 years . She also helped us in the search and purchasing of a new home in the same neighborhood.... continued"
- Rye and Susan Dahlman
View All

Sign up and stay informed about what is going on with the local market.